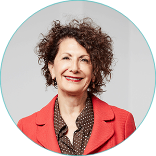 Christine is currently Chairman of Kirwood Capital Group and a Director of FlexiGroup Limited, ME Bank Limited, Lonsec Fiscal Group and the Victorian Managed Insurance Authority. She is Deputy President and board member of the State Library of Victoria and chairs the Library’s Finance Committee. She is a board member of The Cranlana Programme and Council member of La Trobe University.

Christine is a past President of Chief Executive Women (2013-2015). Prior to her board career, Christine was CEO of Dun & Bradstreet Australia and New Zealand from 1997 to 2012 and Chairman of Dun & Bradstreet Consumer Services from 2004 to 2012, where she grew the group ten-fold. In 2006, she was appointed to the additional roles of member of the D&B World-Wide board and in 2011 as Executive Director of D&B India where she spearheaded a growth and strategic agenda.

Throughout her career Christine has been active in industry reform and in helping businesses and public institutions adapt to deep structural change. Christine initiated and led the Credit Reporting Reform with the Federal Government to introduce positive credit reporting, which led to the biggest changes to Australia’s Privacy Act in more than 20 years.

Regionally, Christine advised the People’s Bank of China on establishing a commercial and consumer credit bureau and on small business lending, and was founding chair of the Business Information Industry Association for Hong Kong and the Middle East. During 2016 she was a member of the Victorian Government’s TAFE Capability Assessment Panel.

In 2001 Christine led a high-profile management buyout of D&B Australia and New Zealand that she sold back to the US parent company ten years later at ten times the original sale price. The buyout is used as a case study by global business school IMD.